They had been leaving China for centuries: the Cantonese, the Fujienese, the Chaozhous, and going especially to Thailand, Indonesia and Malaysia to take over commerce and make a more certain life than crumbling Imperial China could give them.   A few hardy souls even made their way to places like India and Madagascar.  In several towns I went to all the bigger non open-fronted shops were run by such overseas Chinese.

In fact talking to them many said they, or their parents, came over in or around 1950 (ie just after the 1949 revolution).

And then it would be a wistful:  “China is doing well isn’t it”.

They looked put-upon here, insecure, not at all enthusiastic or full of hope.  But their children, as far as I could tell, did not speak Chinese.  Going back would be difficult.

Picture:  Overseas Chinese shop in Moramanga.  The non turning-on of the lights was not just this shop, but was every Chinese shop I went to, in every city I went to.  It wasn’t that the electricity was out – non-Chinese shops had their lights on.  Clearly their margins were insufficient for lights. 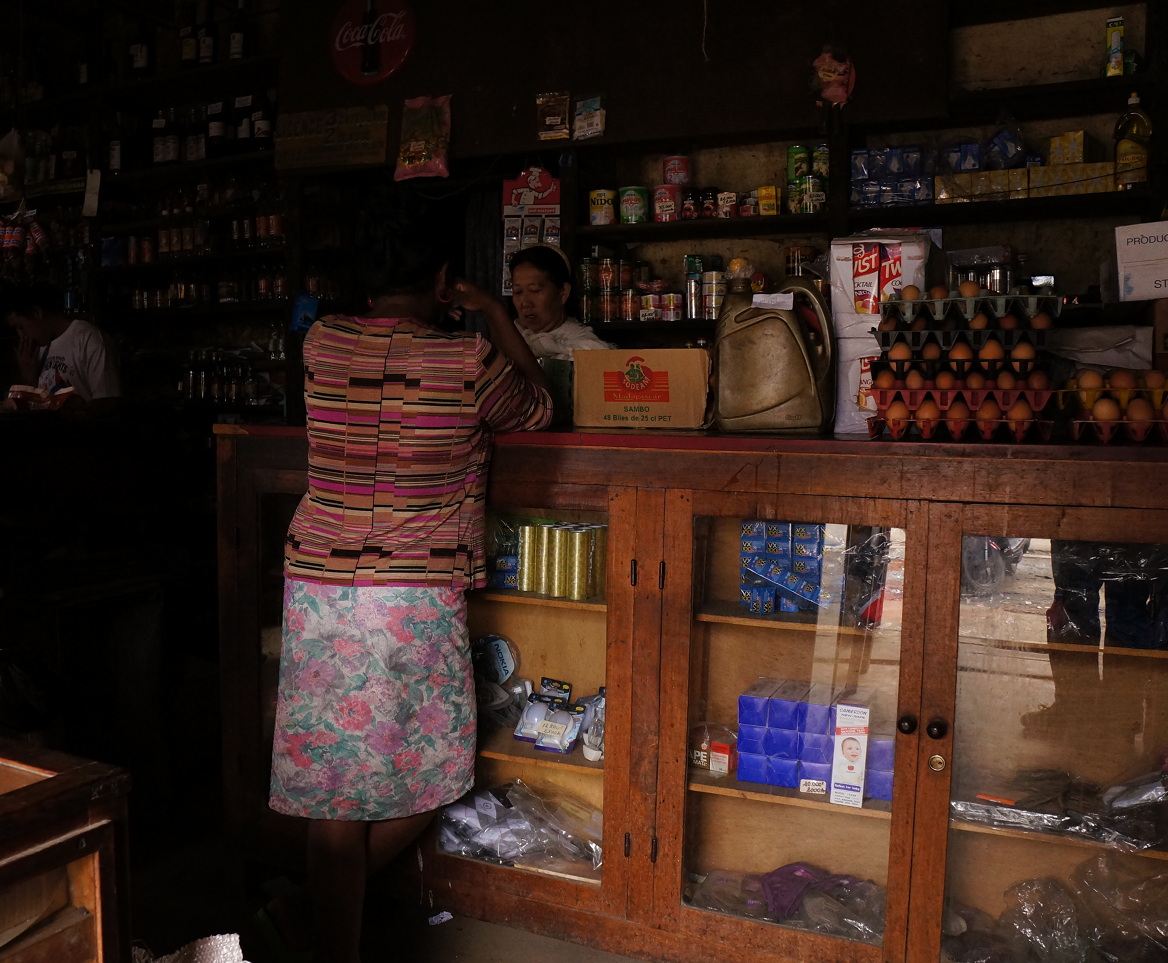