Yesterday, the supply boat came, to general excitement as its goods were unloaded, inspected, rubbed, tried on and then put away for a rainy day or a sunny day as the case may be.   Part of the excitement was no doubt that it had not sunk.

This machete wielding gentleman who walked past as I was shooting may have a sackful of human heads on his back, but it could just as likely be a sack of coconuts.   I have to say though that while I have wondered why these gents swing their machetes so vigorously when they walk, I have generally thought the better of asking. 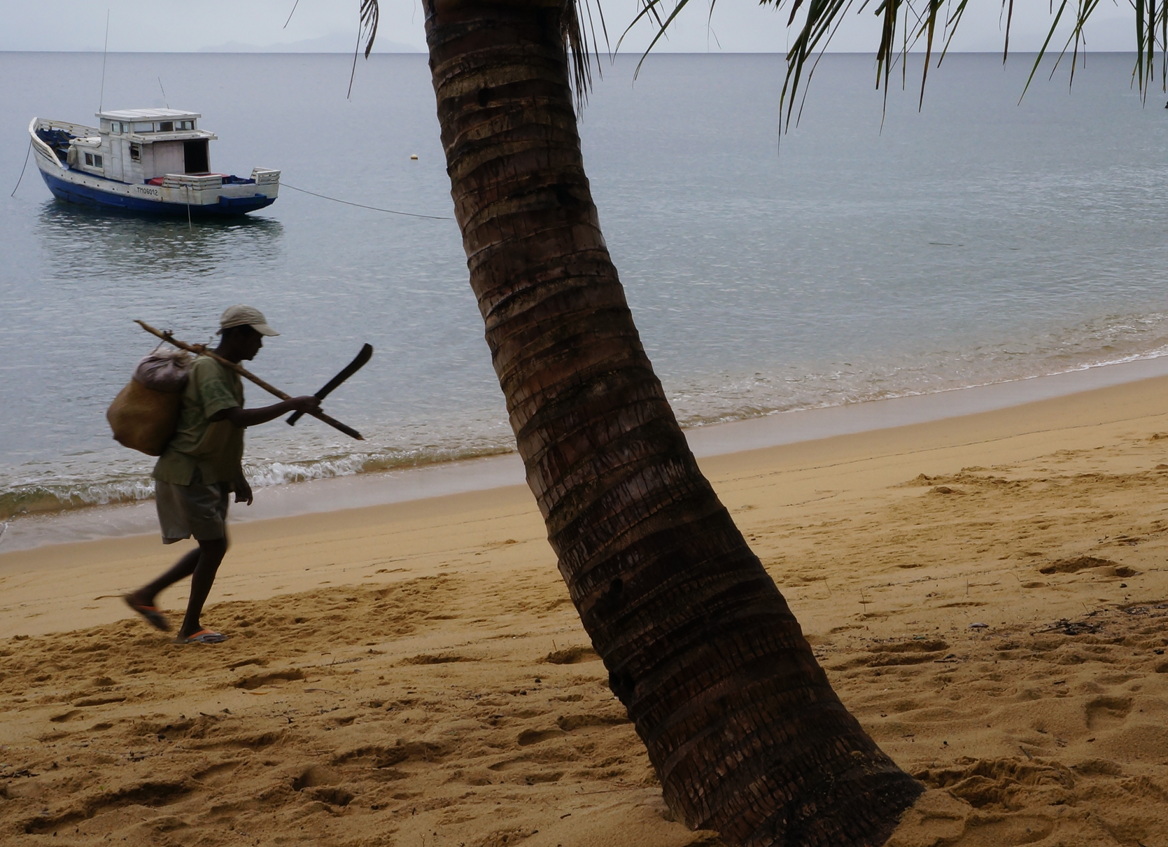 The rather old supply boat stayed into the evening, bathed in the magical silver light of this place. 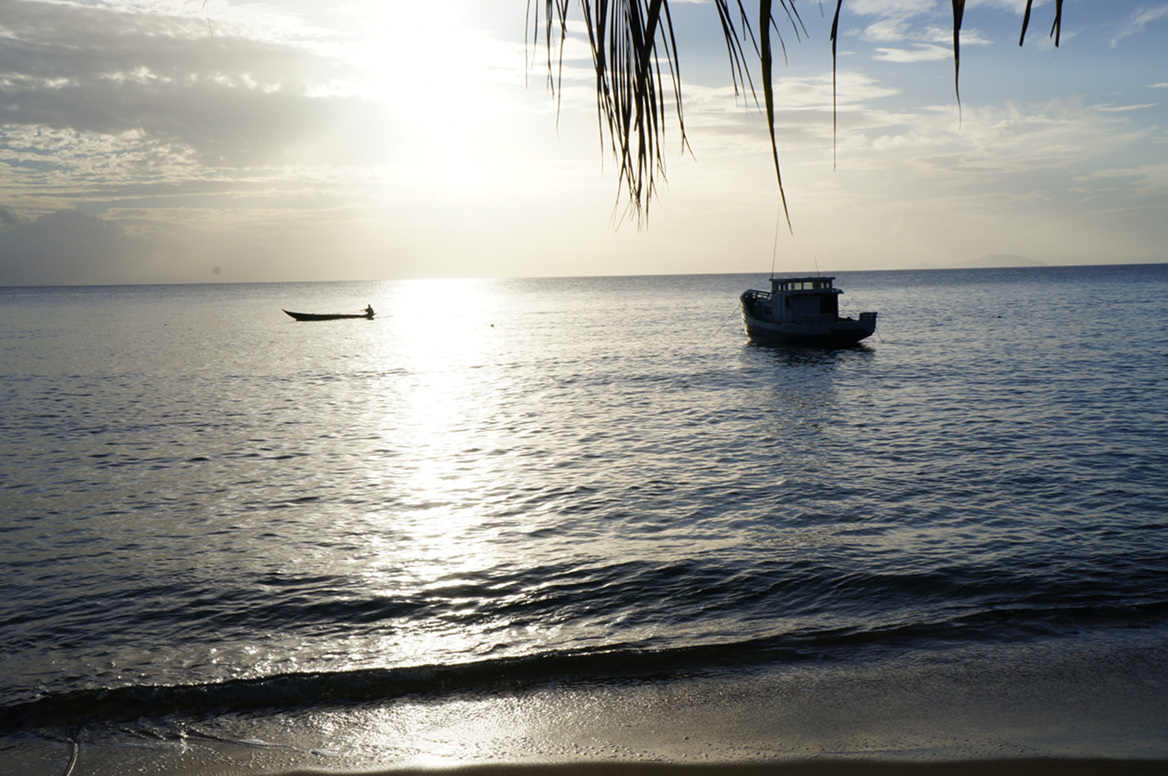 Then for most of this morning, perhaps with the sunshine or the coming of an important festival, a wave of pirogues (dugouts) came with people from local villages selling bamboo, coffee, cloves, cinnamon, coconuts, vanilla and all manner of forest wares.

This gent is the coconut tree seller and his wife. 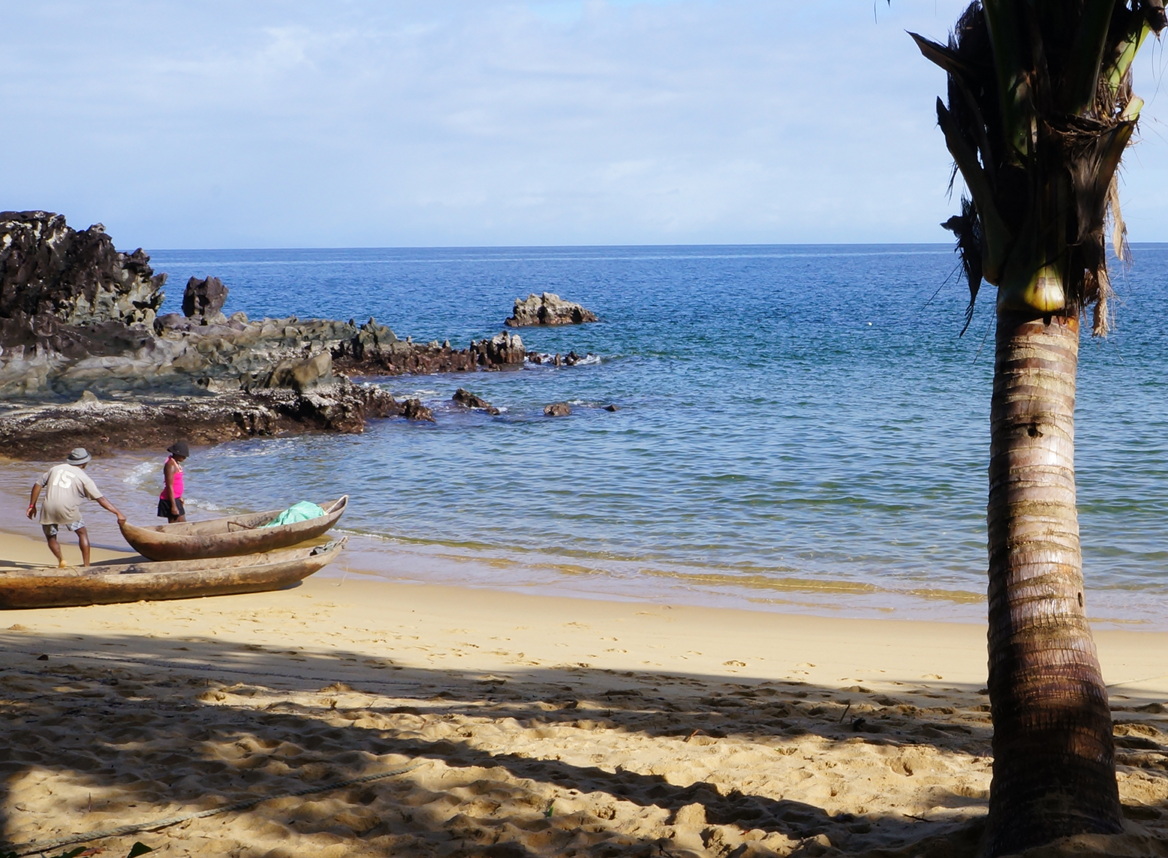 I later walked to one of these surrounding villages, its prosperity marked by the self-satisfied corpulence of its geese.

On this path out alone there were vanilla trees, coffee trees, pepper trees and tamarind trees.  I guess they just pick the stuff, dry it, then sell it to us.  As the old song goes:  “Nice Work If You Can Get It”. 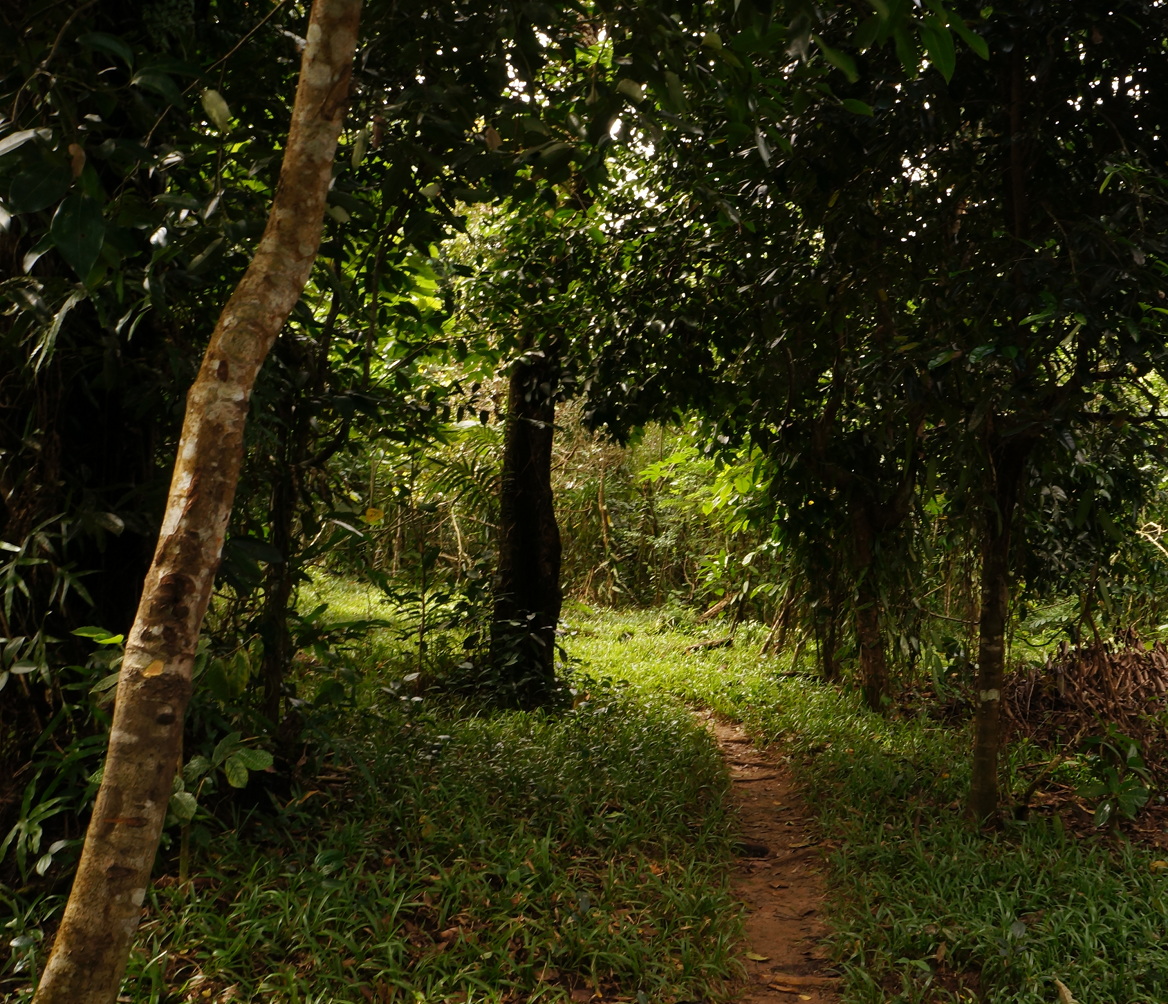