Started walk today at Kecharis Monastery, built 1100 to 1300. It is one of the least famous of the monasteries I expect to see, but so far seems the most beautiful, just because it is still in use.

From the old stones emerged the high counterpoint singing of the ancient Mass: the priest blessing, the faithful answering. The smell of frankincense rising as prayers are supposed to rise to God.

The rhythms were so familiar, the ancient Mass I had learnt as a child, that I didn’t think to listen to what language they were using. The Latin of the Roman church, which the Armenians pre-date? Aramaic, the language of Christ, used in the Coptic Mass? I later discovered it was Armenian, and had been since the creation of the Armenian alphabet in the year 404.

As a mass was going on the in the main church, this picture is of a smaller chapel to the right of the main church. You can see the light from the candles inside: 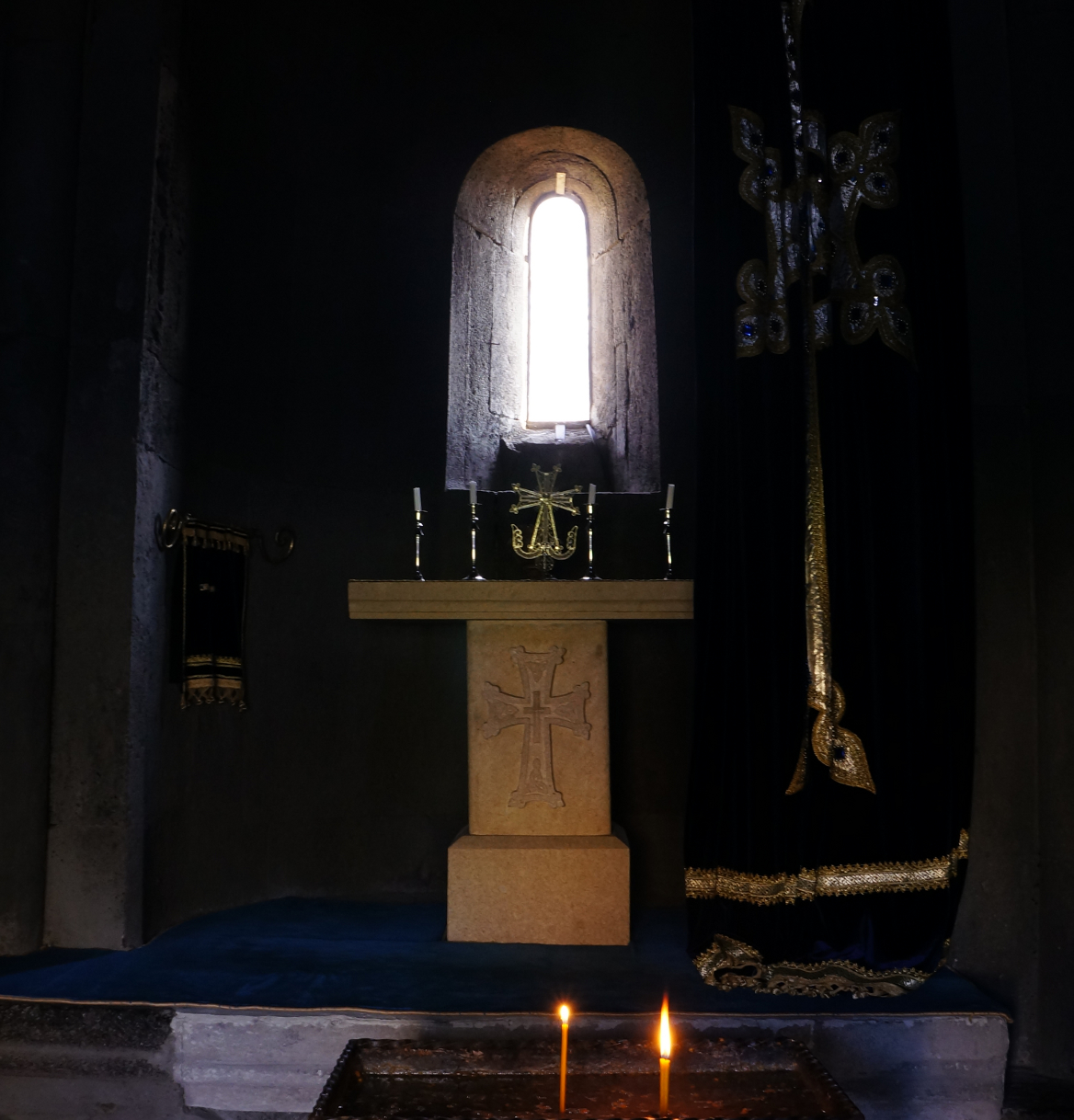 In fact Christianity was brought to Armenia in the 1st Century by two of the 12 apostles of Christ. Over the two millenia since then, Armenians have not only built churches on top of many mountains throughout Armenia, but died defending them.

Yet a church is not just where people come to pray, but where they come to be buried: 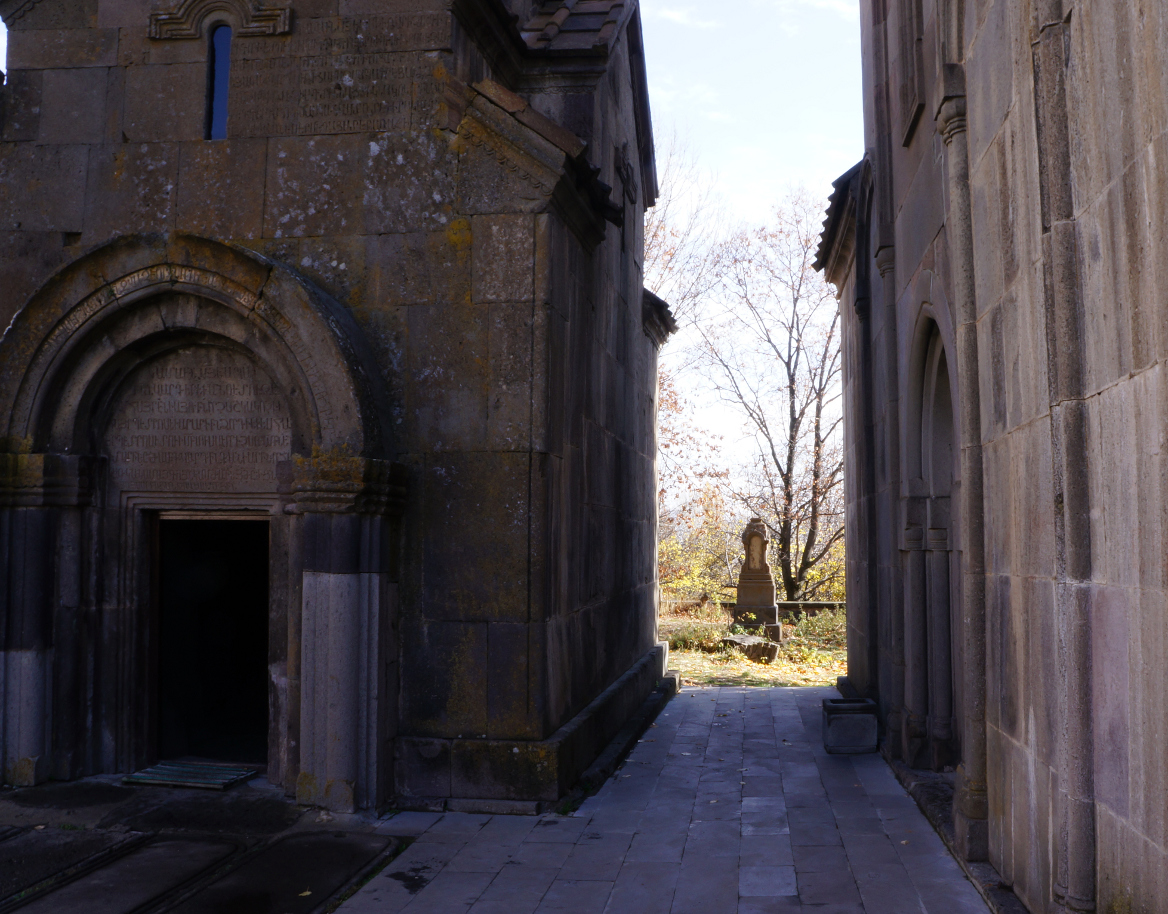 Outside, thousand year old gravestones. But these stones carry no memory of the people for whom they were placed, or even of the hands that carved and placed them there. They carry the message that everything returns to the earth from which it came: 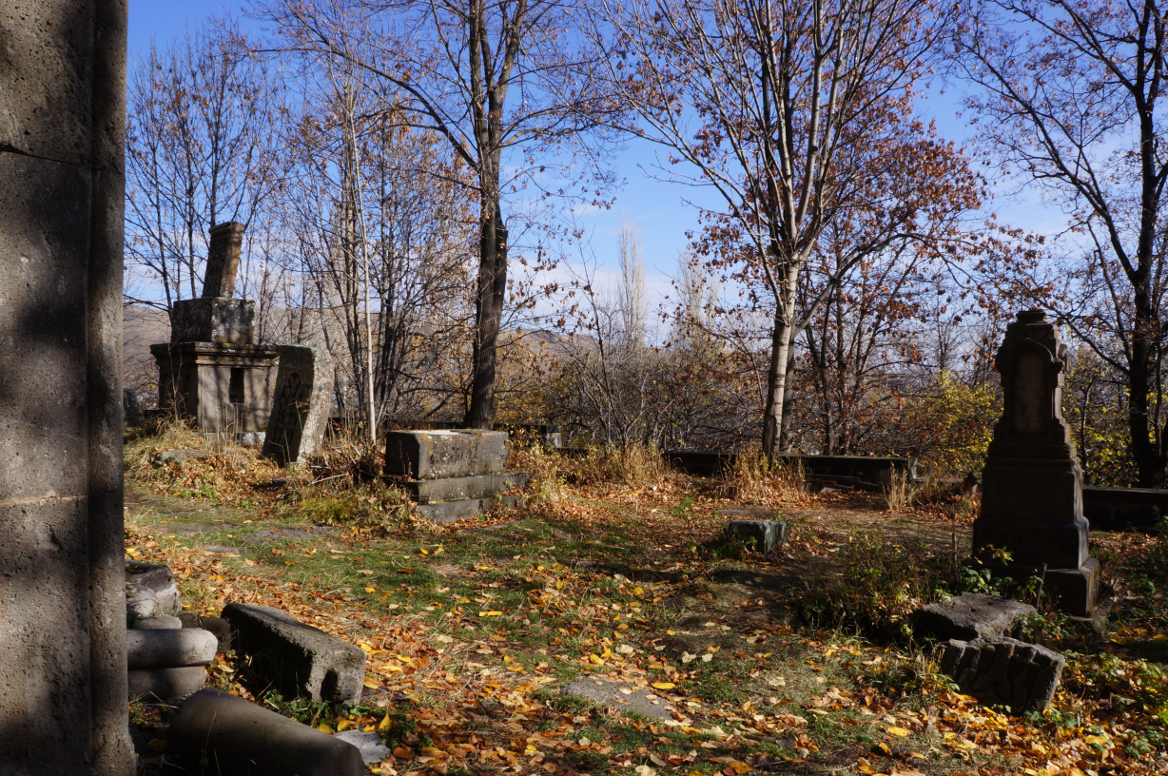 I took a few minutes here to remember my father who had studied four years to be a monk, left it to fight in the dark hours of the 2nd World War, and has now returned to the same earth as these ancient Armenians.

Then, in deference to the thousand years of faith represented here, I made a small donation, lit a few candles and received a blessing.

Finished, I shouldered my pack, picked up my stick and began my days walk.

One Response to “A Thousand Years of Prayer”