The church at Odzun, built in the 6th century, still stands:

and is still used.  An ancient Madonna from an ancient church: 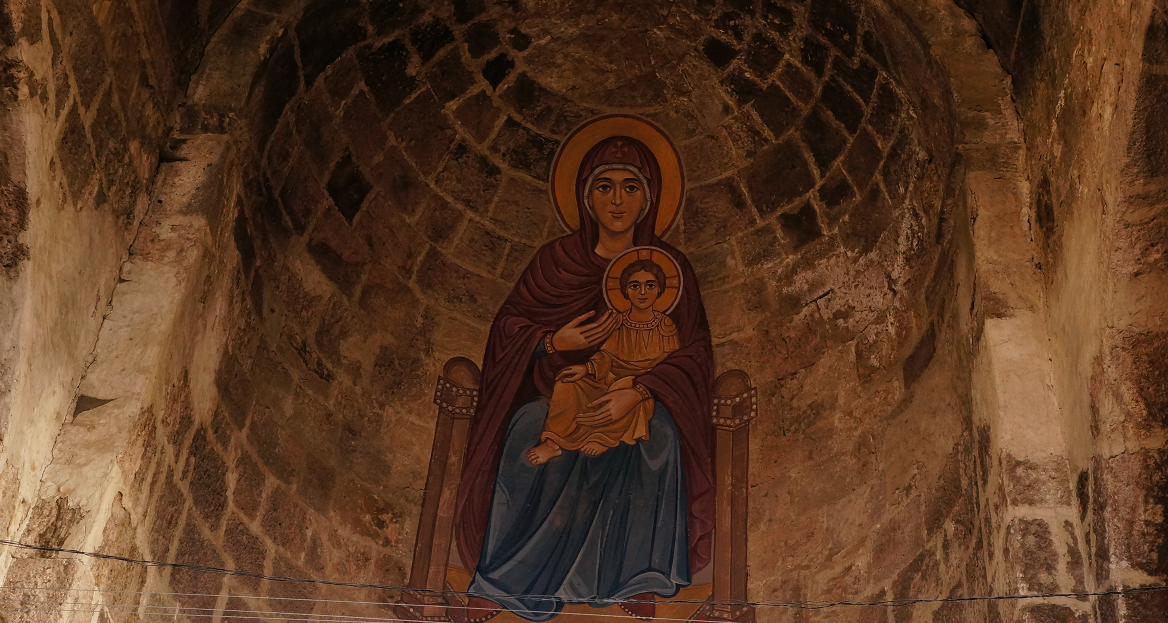 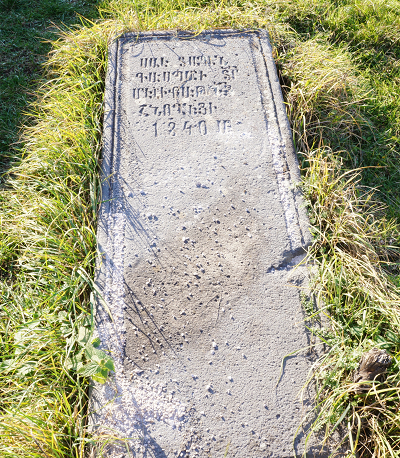 The cemetery outside has a testament to Armenia’s ancient power:
a gift from an Indian king in the 8th century,
and modern subjugation:
the graves of those who were born and died while Armenia was still under the Ottoman empire
just before the modern age was born.

Many of the graves speak of tougher times, of children who died in the same year they were born.

though I never worked out whether these were actually for bathing.  Nearby the Horomayri Monastery, a ruin on the edge of the plateau, facing mountains:

Edge of a plateau really means at the edge: 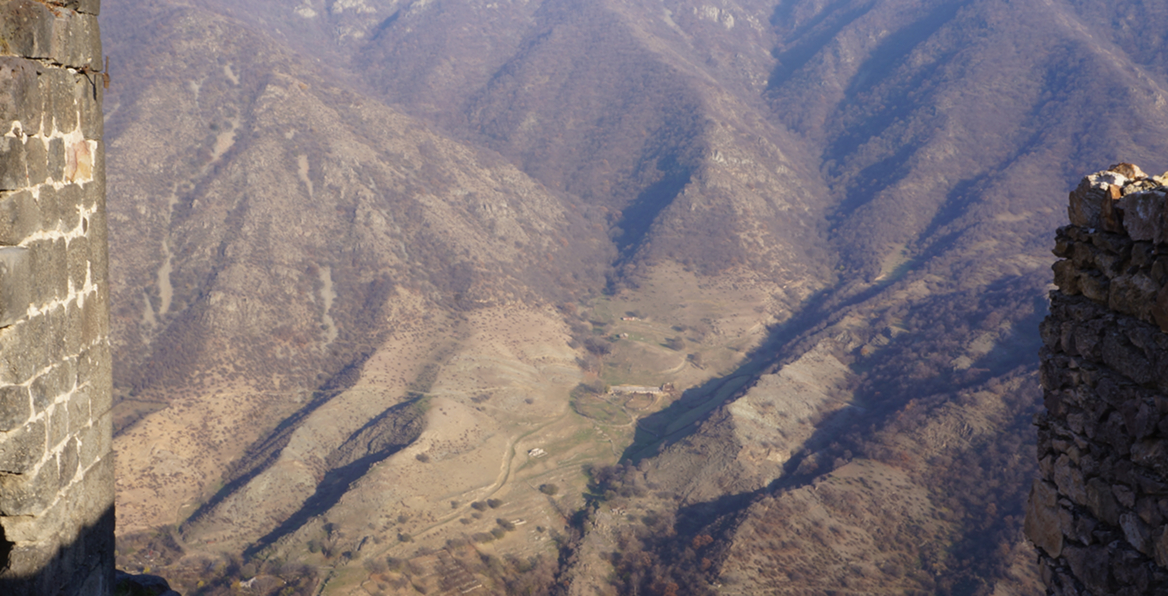 But I left depressed that such an ancient, mountain-facing house of prayer could be so surrounded by rubbish: