There was apricot jam from their apricot tree, pears, apples, plums and walnuts from their garden, and a large grandmother in black, rolling cabbage rolls.

These people were my hosts. Around the place were an accordion, a violin (which the husband used to teach), dusty Beatles records, a 1950s gramophone, books in Russian, English and Armenian, carpets on the wall.

There was always food out somewhere and food being cooked.  That night at dinner:

My host did not think this was worth discussing:

“You are in wrong country.  You will drink”

Hospitable people.  Civilized people.  All the greater pity that they live in a depressing, deforested, industrial wasteland.  Left by the Soviets as they retreated from history:

Not just me who got depressed.  An Armenian friend Aleksandr, posted here once, described it:

Yet living here, this boy tending his pigs:

One afternoon after walking on the plateau just above Alaverdi, I was hungry so hung around the Sarahart town square eating peanuts, bananas and dried apricots.  I bought and ate apples and oranges from these people: 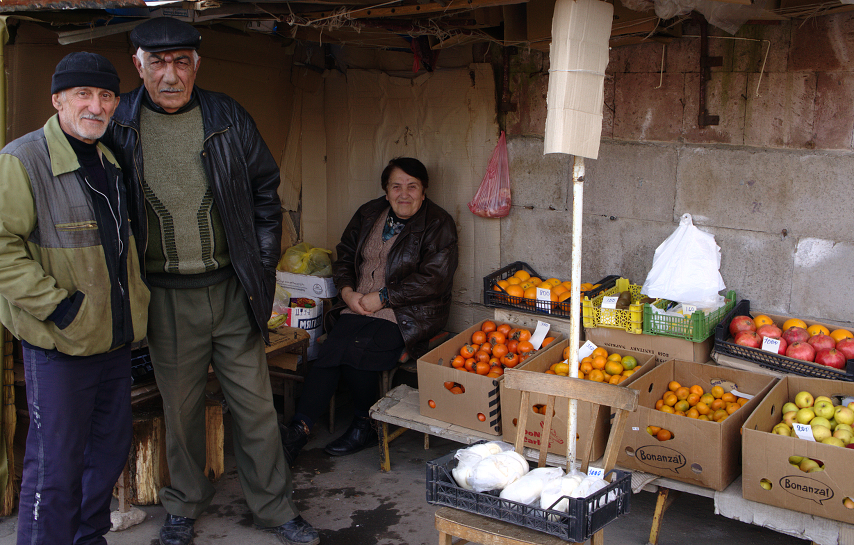 though the gent on the left was unable to persuade me to buy any of his meat:

And this dual headstone, following the custom of husband and wife to be buried together: 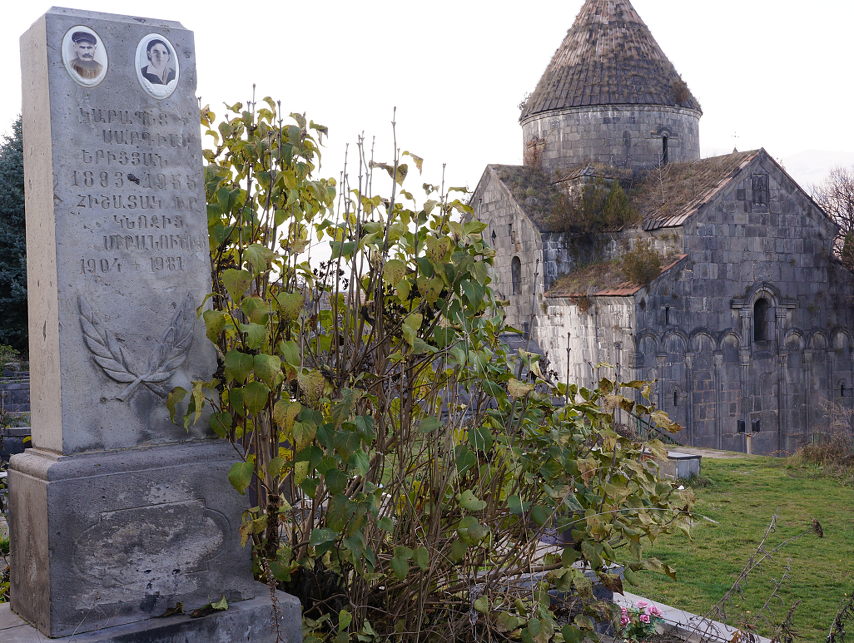 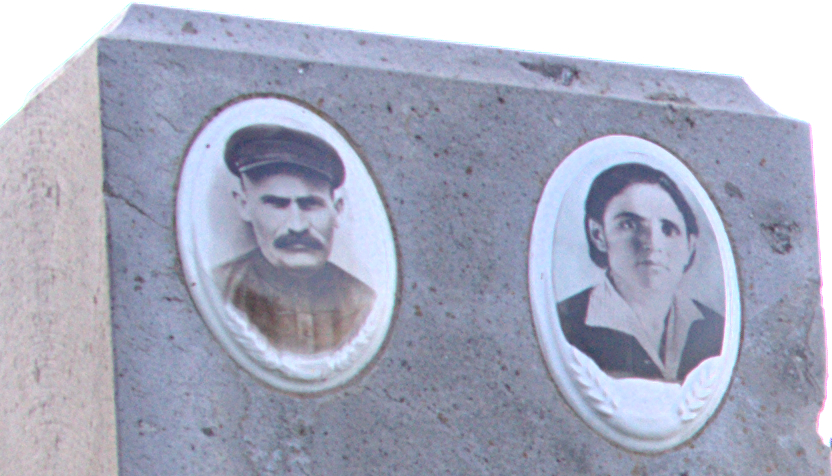 People who somehow have kept their souls despite the destructions of centuries and the desolations of today.  I finally start to understand.  Armenians.
.

13 Responses to “I Finally Understand”