The next morning in Vanadzor it was -6°C and clear, with the sweet smell of pine woodsmoke.   Old fruit hung from leafless apple and pear trees. The cemetery was large and overgrown, with headstones that showed many who were born late 1800s, and an unusual number who died in 1952.   Must have been one of the tough years.   But what most struck me here, and in all Armenian cemeteries, was the many dual husband-wife headstones.

Many told a single story: the husband in uniform, killed in the 2nd World War as a young man, the wife dying 60 years later, an old woman: 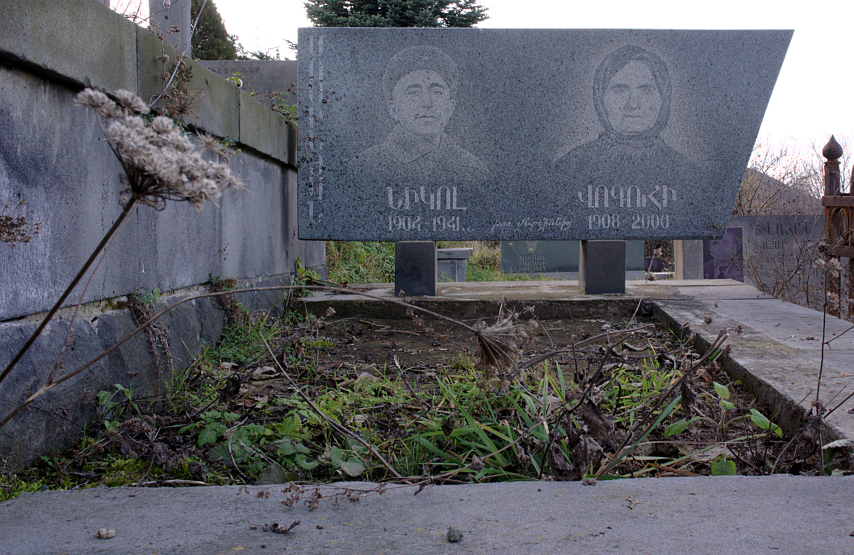 Many many headstones had just a picture of the husband, and a space beside him waiting for his longer-lived wife.   This one, a man who lived from 1925-1979.   A coat and tie and a nice face etched in stone.   The space for his wife is still blank.   But everywhere around this headstone there are fresh and drying flowers.   This man, whose premature death only hints at the loss, must be still loved:

Who among us, 33 years after our death, will be still so loved?

23 Responses to “Still So Loved”