My guide failed to mention that to get to our mountain, we have to cross another mountain first. Hours of straight uphill, and each time I think the top is just ahead, another higher top appears.  Mountains?  What was I thinking?  Just when I think I will have to lay down beside the track and die in my boots, we reach the top of the first mountain and start heading down.

After a few hours we reach a Hmong village where we will stay the night.  The Hmong have had a bad deal from history, most recently helping the Americans during the Vietnam War (known here as the “American War”) and then being largely abandoned to the victors. 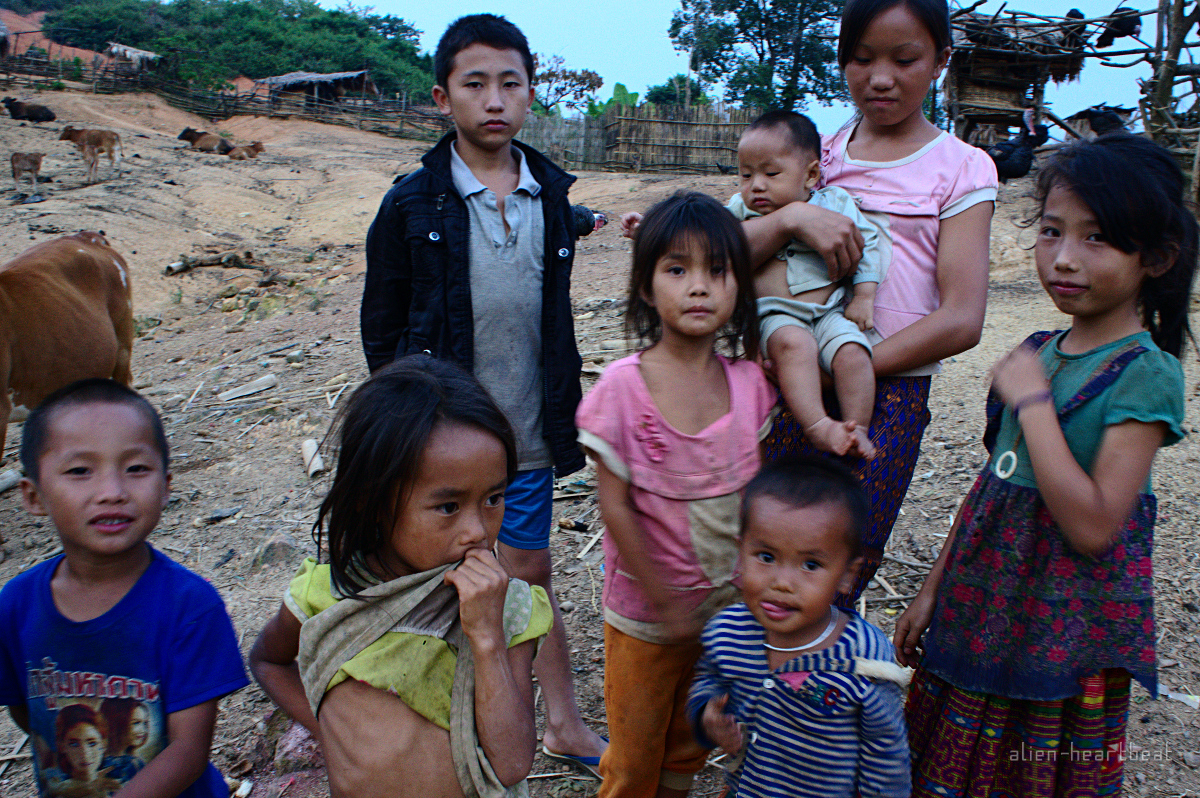 This village is 5 families, about 21 people, plus about 50 assorted cows, pigs, chickens, ducks and turkeys, with 5 shiftless dogs and a few miserable cats.  The Hmong prefer top keep their animals close by (unlike the Khmu who let them roam more freely) and with so many animals roaming around there is no grass, just mud and dung.

The village is a day’s walk from the nearest school, but overall their living conditions don’t seem any worse than other mountain tribes.  Here a girl going to fetch water:

While the Hmong in the towns end up as day laborers earning $80 to $100 a month, the Hmong in the mountains are also poor, but at least have their rice and corn and cows and pigs, and their dignity: 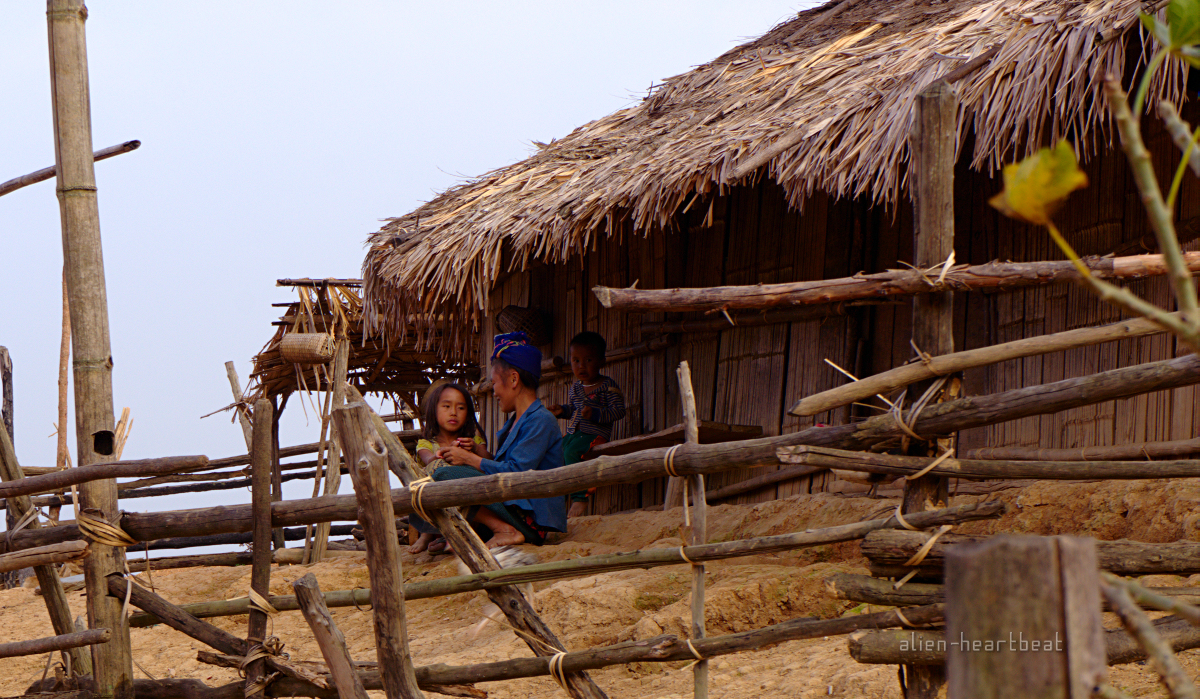 The shower is in the centre of the village, fed by open bamboo pipes running from the nearest stream:

I take my own shower.  Showering with your pants on has the huge advantage of washing your pants and yourself at the same time.

As the light fades the various animals start to bed down.  I am sleeping in a bamboo hut with a grass thatched roof and rough earth floor, sharing the one big room with two mangy dogs, one taciturn adult, five gossiping children, and in the doorway, patiently waiting for when all the world’s food will finally become hers, a large pig: 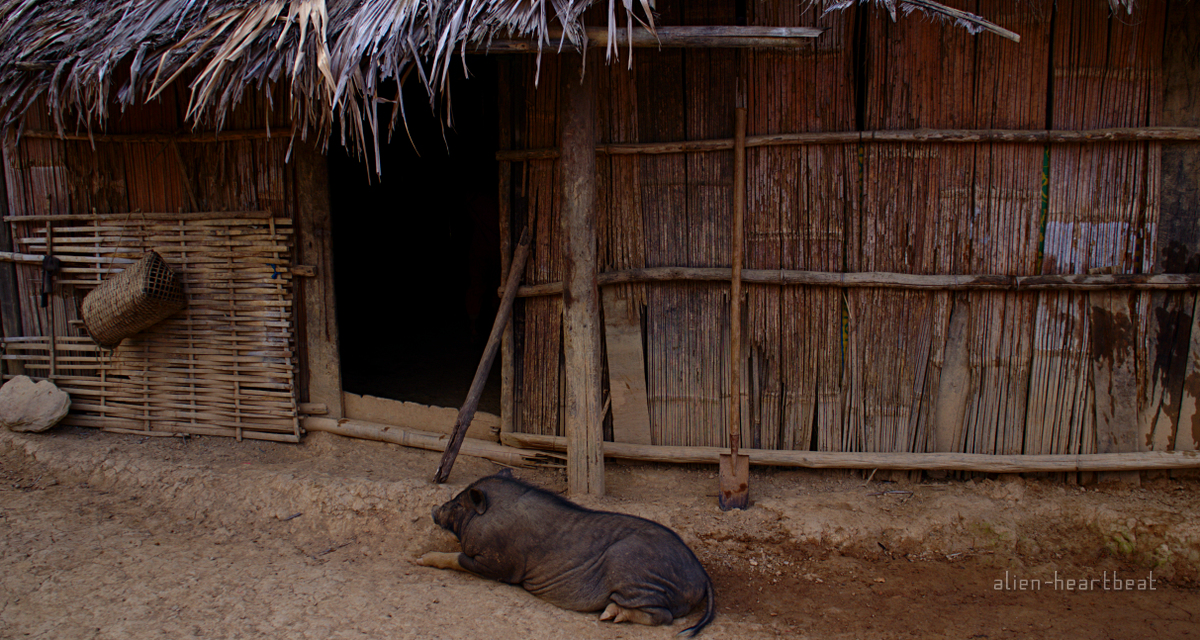 21 Responses to “Wash in your Pants, Die in your Boots”